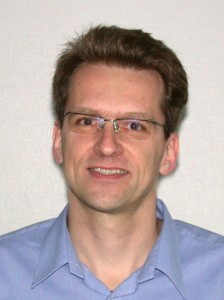 Daasbjerg’s expertise includes the development of surface modification tools as applied to the study of polymer brushes, responsive polymers, coatings, smart hybrid materials and composites involving in one or the other way carbon-based substrates. Recently, the scientific research has had its focus on fundamental aspects of graphene and its functionalization to exploit the extraordinary properties of this carbon allotrope in materials science. Finally, the combined expertise in electrochemistry, modification of surfaces, polymer brushes, and carbon materials is employed to meet a scientifically difficult challenge of great societal importance in terms of converting the greenhouse gas, carbon dioxide, to useful building blocks for the chemical industry or the energy sector.

139 research articles in international peer-reviewed journals, 2 book chapters, 2 patents, and 8 other articles. According to the ISI Web of Science, 3469 citations (26 September, 2018) have been achieved in the period 1989–present with an h-index of 35.

According to SciVal (a Scopus based bibliometric tool), September 7th 2016, Daasbjerg
performs with;