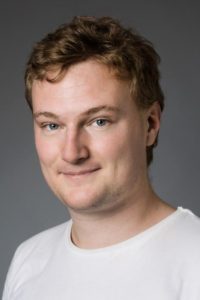 Andreas was born in 1993 and grew up in northern Zealand, but moved to Aarhus to study chemistry in 2012. He received his bachelor degree in surface chemistry in 2015, where he studied catalytic systems for electrochemical reduction of carbon dioxide. He then continued in the group doing polymer synthesis for application in graphene transfer. From 2016-2020 Andreas completed a PhD project in the group studying degradable, self-immolative, polymers, and the design hereof. His current work involves synthesizing new versatile polymeric scaffolds with degradable properties, and the utilization of such polymers in real-life applications. 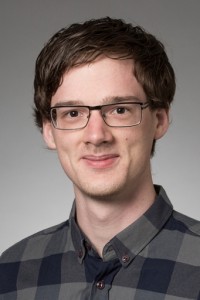 Magnus received a bachelor degree in 2014 in “Chemistry and Technology” from Aarhus university. During his bachelor thesis he worked with the synthesis of graphene. In 2015 Magnus started his PhD in the group, where he works with electrochemical reduction of CO2 as a member of the CADIAC research center. His current work involves both preparation of heterogeneous electrocatalysts for CO2 reduction as well as developing smart methods to benchmark different catalytic systems against each other. 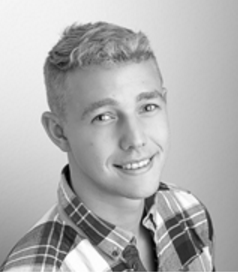 Kristian was born in 1989 in southern Jutland. He moved to Aarhus after high school and started his education at the department of Chemistry and the Engineering School in 2012. In 2015 he finished his bachelor in ‘’Chemistry and Technology’’ and started as a PhD student one year later. He is working on the MoAd project (Molecular adhesive) in collaboration with Radisurf. Former presented adhesive technologies are further developed and used in new applications. The project often use electrochemical reactions to modify surfaces, with different functionalities, before polymers are graft to or from the surfaces.

Monica was born in 1993 in Southern Jutland. After finishing high school in 2013, she moved to Aarhus to study chemistry. She received her bachelor’s degree in 2016 after working on a project involving bipolar electrochemistry. She continued the work on bipolar electrochemistry as a project student in the Organic Surface Chemistry Group, and started her PhD studies in 2017. Monica is now working on homogeneous catalysis in the electroreduction of CO2 with a special interest in Mn tricarbonyl complexes, which she studies using infrared spectroelectrochemistry.

Asger was born in Aarhus in 1993, and raised in Eastern Jutland. Twenty years later, he moved back to Aarhus, to study nanoscience at iNANO. After obtaining his Nanoscience bachelor’s degree in the field of DNA nanotechnology in 2016, his focus shifted to surface confined chemistry and electrochemistry – a perfect match with the Organic Surface Chemistry group! Asger carried out a chemical project in 2017, and continued to work on his Master’s in the group. After obtaining his Master’s degree in 2018, Asger began his PhD studies on polymer brushes and functional/responsive surfaces. 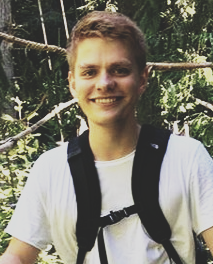 Magnus was born in Aarhus in 1993. He received his bachelor’s degree in medicinal chemistry from Aarhus university in 2017 under the supervision of Assoc. Prof. Henrik Helligsø Jensen. Magnus joined the Organic Surface Chemistry in 2018 where his master thesis work focused on selfimmolative polymers. Magnus got accepted as a PhD fellow in the group in 2019 where his work focuses on developing degradable materials and molecular adhesives. 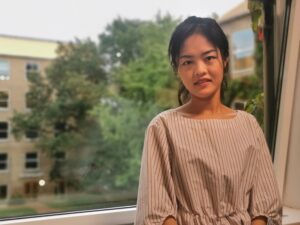 Simin was born in 1992 in Shandong Province, China. Before moving to Aarhus to pursue her PhD study, she finished her Bachelor and Master in “Chemistry & Chemical Engineering” at Central South University, Changsha. In 2018, Simin started her PhD in the group, where she works with electrochemical reduction of CO2 as a member of the CADIAC research center. Her current work is the heterogeneous catalysts, mainly the preparation of single atom catalysts, for the CO2 electroreduction. 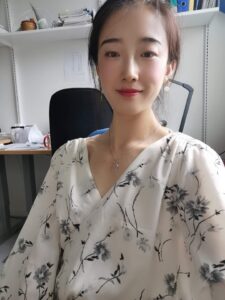 Siqi was born in 1993 in Jilin, China. She started her education in Beijing University of Chemistry and Technology in 2011 and received her bachelor’s degree in 2015. She continued her study in Soochow University and worked on the project of CO2 reduction on carbon materials. After finishing her Master’s degree in 2018, she moved to Aarhus and started her PhD studies at Organic Surface Chemistry group in 2019. She is still working on electrochemical reduction of CO2 reduction but using Cu-organic molecular heterogeneous catalysts.

Marie was born in Kolding in 1994 and moved to Aarhus in 2015 to study medicinal chemistry. She received her bachelor degree in medicinal chemistry in 2019 working on self immolative polymers with focus on monomer optimization. Followingly, she completed a chemical project on the same subject also including degradation kinetics. Currently, she is doing her masters with two projects running concurrently; a study on self-immolative properties in industrial plastics, and a study on determination of reaction mechanisms in CO2 reduction using gaussian frequency calculations.